Why the Son Offered by Abraham (PBUH) as Sacrifice was not Isaac (PBUH)? Evidence from Torah

Author : Peer M. A Karbalai (Roohulamin Institute of Spiritual Sciences)
Abraham (PBUH) saw a dream that he is sacrificing his son. He told his son about his dream, his son replied “Father! Do whatever you have been commanded. If Allah wishes, you will find me to be patient (Quran 37: 102)”. This event is reported and recognized in Abrahamic religions i.e., Judaism and Islam. But historians are confused about who was that son? Ishmael (PBUH) or Isaac (PBUH)? I will not discuss what historians wrote in various books; however, I will discuss the book of Genesis which is the source of confusion among Rabbis and few Muslim scholars. We know that Islam explicitly believes that the son who was sacrificed was “Ishmael” (PBUH) because Quran associated this event with the “first son” of Abraham (PBUH). It is mentioned “My Lord! Give me [an heir], one of the righteous. We gave him the good news of a forbearing son. When he was old enough to assist in his endeavor, he said, ‘My son! I see in dreams that I am sacrificing you. See what you think.’ He said, ‘Father! Do whatever you have been commanded. If Allah wishes, you will find me to be patient.’ So, when they had both surrendered [to Allah’s will], and he had laid him down on his forehead, We called out to him, ‘O Abraham! You have indeed fulfilled your vision! Thus, indeed do We reward the virtuous! (Quran 37: 100-105)”. These Quranic verses are explicitly talking about Abraham’s “first son” i.e., Ishmael. In the same chapter, Quran also talks about Isaac in verse 112 as “second son” of Abraham (PBHU). This draws a clear line, ergo, Muslims have no doubt that Ismael (PBUH) was offered as sacrifice by Abraham (PBUH).

We know that, principally, every new Prophet came and new message from Allah was revealed to correct errors in original message of Allah corrupted by Satan and his followers with the passage of time. The ultimate duty of the Prophets was to spread purified message of Allah to mankind. We will discuss that among many other corruptions and fabrications found in Torah, the event of Abraham’s son sacrifice was also suffered from social constructionism. Therefore, following theory of social construction, the event mentioned in Torah is a socially constructed reality. I will discuss this Biblical event in detail. I will use the Complete Jewish Bible (CJB) version of Bible here.

In Genesis 12:2, God promised Abraham (PBUH) “I will make of you a great nation”. When this promise was made by God, Abraham (PBUH) was childless. Chapter 15: 2 of Genesis mentions that “Avram replied, "ADONAI, God, what good will your gifts be to me if I continue CHILDLESS; and Eli'ezer from Dammesek inherits my possessions? Then God replied "this man will not be your heir. No, your heir will be a child from your own body (15: 4)”. Next verse is critical and must be understood or at least must be memorized for future reference. God said to Abraham (PBUH) “Then he brought him outside and said, look up at the sky, and count the stars - if you can count them! Your descendants will be that many! (15: 5)”. So, the point to be noted is, God is making a promise with Abraham (PBUH) that his own son will inherit his possessions. God will populate the earth from descendants of Abraham (PBUH) as sky is populated with stars, they will be COUNTLESS. 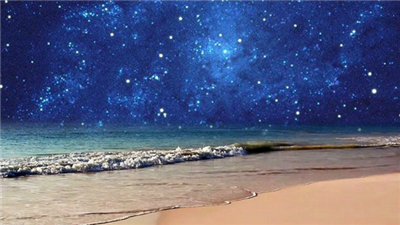 Now see Genesis chapter 16 verse 10, God made a similar promise with Hagar (second wife of Abraham), the angel of ADONAI said to her, “I will greatly increase your descendants; there will be so many that it will be IMPOSSIBLE TO COUNT them”. It is very important to note that God made same promise to Abraham (PBUH) as I mentioned earlier that his descendants will be countless. This highlights that the promise of God made to Abraham (PBUH) to have COUNTLESS descendants will be fulfilled through Hager who was also promised by God to have COUNTLESS descendants. Such claim or promise is not mentioned anywhere in Genesis for Sarah (first wife of Abraham). Therefore, it can be concluded that God never made such a promise with Sarah. This promise was explicitly reported for Hagar in Genesis. It is also worth mentioning that in the same chapter, author of Genesis writes about Ismael (PBUH) “He will be a wild donkey of a man, with his hand against everyone and everyone’s hand against him, living his life at odds with all his kinsmen (16: 12).” Being an impartial critic, I must pen the apparent prejudice against Ismael (PBUH) reflected in this verse. History proves that this prophecy had never been fulfilled. Ismael’s (PBUH) life was in toto contrary to what had been prophesized in this verse. 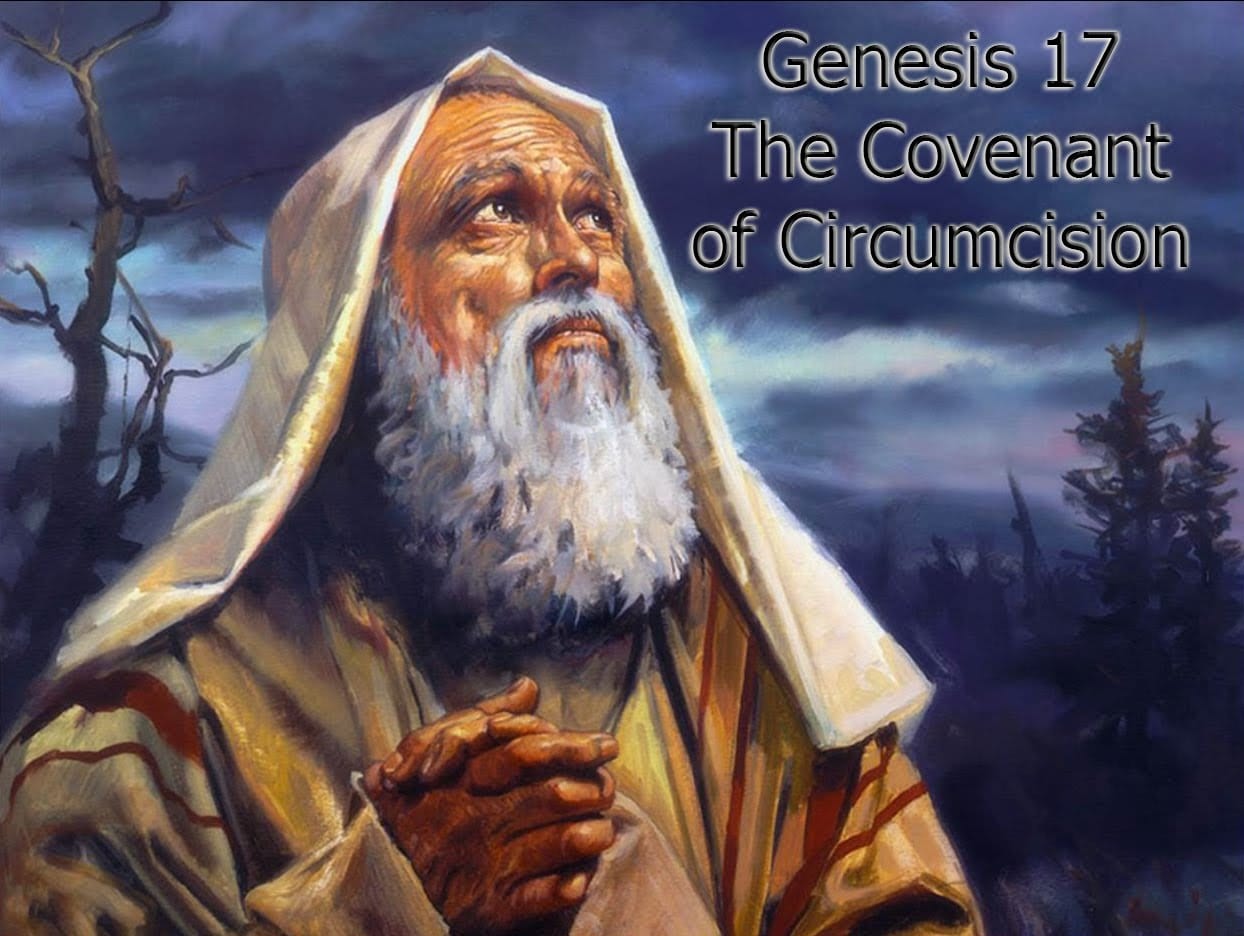 Now, I will discuss “the covenant of circumcision” which is mentioned in chapter 17 of the book of Genesis. This covenant is considered as a very significant biblical event in Judaism. The main participants of this covenants were Abraham (PBUH), and Ismael (PBUH) as mentioned “Avraham and Yishma'el his son were circumcised on the same day (17: 26)”. In addition, Abraham (PBUH) ordered his slaves to immediately get circumcised (17: 27). In this chapter, the author of Genesis also included that God foretold Abraham (PBUH) that next year a child will be born and his name should be Isaac (PBUH). However, Abraham (PBUH) found this news ridiculous (17: 17). The important point to note here is, Abraham (PBUH) was not interested to have another son because he was very happy and satisfied with his first son (only son at that time) as he replied to God “If only Yishma'el could live in your presence! (17: 18)”. This verse drastically annihilates the heretically injected verses in Torah against Ismael (PBUH). I would like to pen that when Sarah heard that she will become mother of a baby next year, she also not only mocked God (18: 12); but clearly lied and was reprimanded by God for her unlikable and disrespectful act (18: 15).

After explaining sine qua non of the subject under investigation, now it’s time to answer the question “Why the Son Offered by Abraham as Sacrifice was not Isaac?” To find answer to this question let’s move to Chapter 22 of Genesis. This Chapter reports story of Ibraham’s (PBUH) test by God. Verse 2 states “He said, take your son, YOUR ONLY SON, whom you love, Yitz'chak; and go to the land of Moriyah. There you are to offer him as a burnt offering on a mountain that I will point out to you”. Verse 12 states “He said, don’t lay your hand on the boy! Don't do anything to him! For now I know that you are a man who fears God, because you have not withheld your son, YOUR ONLY SON, from me.” Again, author of Genesis mentions “He said, I have sworn by myself - says ADONAI- that because you have done this, because you haven't withheld your son, YOUR ONLY SON” (22: 16). In these verses, one must contemplate on the word “YOUR ONLY SON” endorsed by author of this Chapter. The notion of “YOUR ONLY SON” is only valid until a person has ONE SON. If a person has more sons, “YOUR ONLY SON” cannot be used for that person. Now there are only two possibilities: First, the name of Isaac (PBUH) was injected later by someone in this Chapter. Factually, these verses referred to Ishmael (PBUH) because he can only sit on “YOUR ONLY SON” chair. Second, the author of this Chapter was in toto ignorant of the meanings of “YOUR ONLY SON”. The first possibility is easy to believe and second option cannot be believed because even a child who is “ONLY SON” of his father knows the meaning of “ONLY SON”. Simply, every reasonable person knows that “ONLY SON” means one and only son of a father. Therefore, we can conclude that first possibility is more realistic to be believed and is true. Now I will strengthen my position by quoting next verse which says “I will most certainly bless you; and I will most certainly increase your descendants to as many as there are stars in the sky or grains of sand on the seashore. Your descendants will possess the cities of their enemies” (22: 17). This verse is actually a reward by God to Abraham (PBUH) as he successfully passed the test. But just look at these words in this verse “certainly increase your descendants”, “stars in the sky or grains of sand on the seashore”. Do you notice that these are same words we discussed earlier? This was the promise made by God to Abraham (PBUH) and Hagar. Now you can easily grasp that someone just injected the name of Isaac (PBUH) in the place of Ishmael (PBUH), however, these verses are clearly reflecting Ishmael (PBUH), not Isaac (PBUH).

About the Author: Peer M.A Karbalai is a renowned theocratic and occult science scholar. He is inventor of ABJAD Karbalai which is a sequence of Haroof having original name of Mother of Hazrat Moosa A.S. His areas of research include ilm-ul-haroof, ilm-e-jaffer, ilm-ul-arwah, ism-e-azam, astrology, haroof-e-sawamat, Quran, Torat, Injeel, Zaboor etc. He worked with famous expert of ilm-e-jaffer/haroof-e-sawamat Mr. Shahid Ilyas Salimi (Late). Mr. Shahid Ilyas Salimi enjoyed a memorable fame in sub-continent. Mr. Shahid Ilyas Salimi was contemporary of Hazrat Kash ul-Barni, Allama Shad Ghillani and Molana Shafaq Rampoori (May their souls rest in peace). Mr. Karbalai also holds a Masters degree in Natural Sciences, Masters of Business Administration, Masters of Philosophy degree in Management Sciences, and a Doctoral degree in Universals. He has expertise in subliminalism and social constructionism.